You will hold the steering wheel as if caressing a woman’s hair!

I wish the beauties I mentioned in my article called “Midyear is June” (Yılın Tam Ortası Hazirân) would taste like ice-cream, smell like sea and become full of happy days with the mood in a sunflower field.
While traffic density is increasing in holiday destinations, the taste of the holiday will add up to beautiful memories if the people who get behind the steering wheel obey the rules. Right?
Ersin’s sentence stating "You will hold the steering wheel as if caressing a woman’s hair" is as deep as himself. If this is succeeded, perhaps, both traffic accidents will decrease and relationships will continue in happiness.
Phrases such as “End Violence To Women”, “Traffic Monster” may end as well.
And I hope that the news that I read with my heart sinking and some of my observations will be replaced by dignity.

Still, I mean, in a period of modern people who make the most of the advanced technology, I feel sorry as I watch news on "beating".
I feel more than sorry as I witness individuals, who cannot tolerate each other in city traffic and whose mouths should be washed out with soap, accompanied by honking sounds.
And when I think of my grandfather’s time when there were not many vehicles and there were no bridges as well, every one was working closer to where they lived and commuting to work on foot most of the time. They were coming back home for lunch at noon. The men who were coming back home for lunch were eating home-made food with natural ingredients and then were going back to work again on foot. While walking, they were chatting to their friends and craftsmen of the neighborhood. In the evening, they were coming back home from work again on foot. As can be understood, it was a period of time when no one got stressed in traffic and sad news did not appear on the media every moment.
Culture and education are important in intergenerational differences, but one needs to “go through the mill” as well. I think we can live in a happier, more peaceful and more secure world by sensing and knowing the reactions of each existence, whether living or non-living, in the environment we live in. Like not allowing our cat to scratch us… Like being able to pick blackberries from the branches without making your hand bleed… Awareness and consciousness! In fact, life, living the life is an art!
The synthesis of the sentence “You will hold the steering wheel as if caressing a woman’s hair” is to understand not only the language of the car but also the language and spirit of women. I believe it would also inspire the ones who tend to say “Love ends!”
Then, how did this metaphor enter our language?
“It was one of the advices given by the drivers of the old times to new drivers who were enthusiastic about driving cars. There was a phrase called power assisted steering. There used to be power assisted steering in Oldsmobile, Chevrolet which were American automobiles. Namely, hydraulic of today! The mechanisms that enable steering the wheel in a comfortable way.
Normally, when you steer the wheel to the exact right, you will not steer it to the left in the same way! You will release it after steering to the right, and then it will pull itself together. While steering, one should not put its hand inside the steering wheel. If the finger/hand is inside the steering wheel, it may hit one of the steering arms and break your finger.
You should hold the steering wheel by releasing it in your palms, and not hold it firmly and harshly. Between holding and not holding, releasing as if sliding in your palms. Rubbing the palm onto the steering wheel has a specific sound of its own. It is also known from old Istanbul ‘dolmuş’ (shared minibus)”. It was what Ersin told me.
The definition of TDK (Turkish Language Association) is as follows: “Power assisted steering; noun, technical. Motor vehicle’s steering wheel that enables easy movement with hydraulic system.
A man who can hold the steering wheel in traffic as if caressing a woman’s hair brings happiness to home, and as he makes happy, isn’t he made happy as well? Wouldn’t be less traffic accidents on roads, and wouldn’t be less break-ups in relationships?
With awareness, consciousness and observation in becoming a human, we can be happier and make others happier. And if we are sensitive about all of our nature sharers, it means we are already on that road and we have started to gain that consciousness. 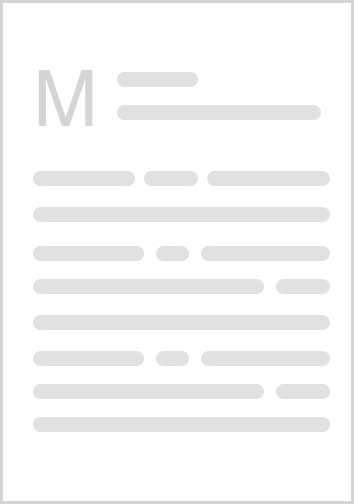